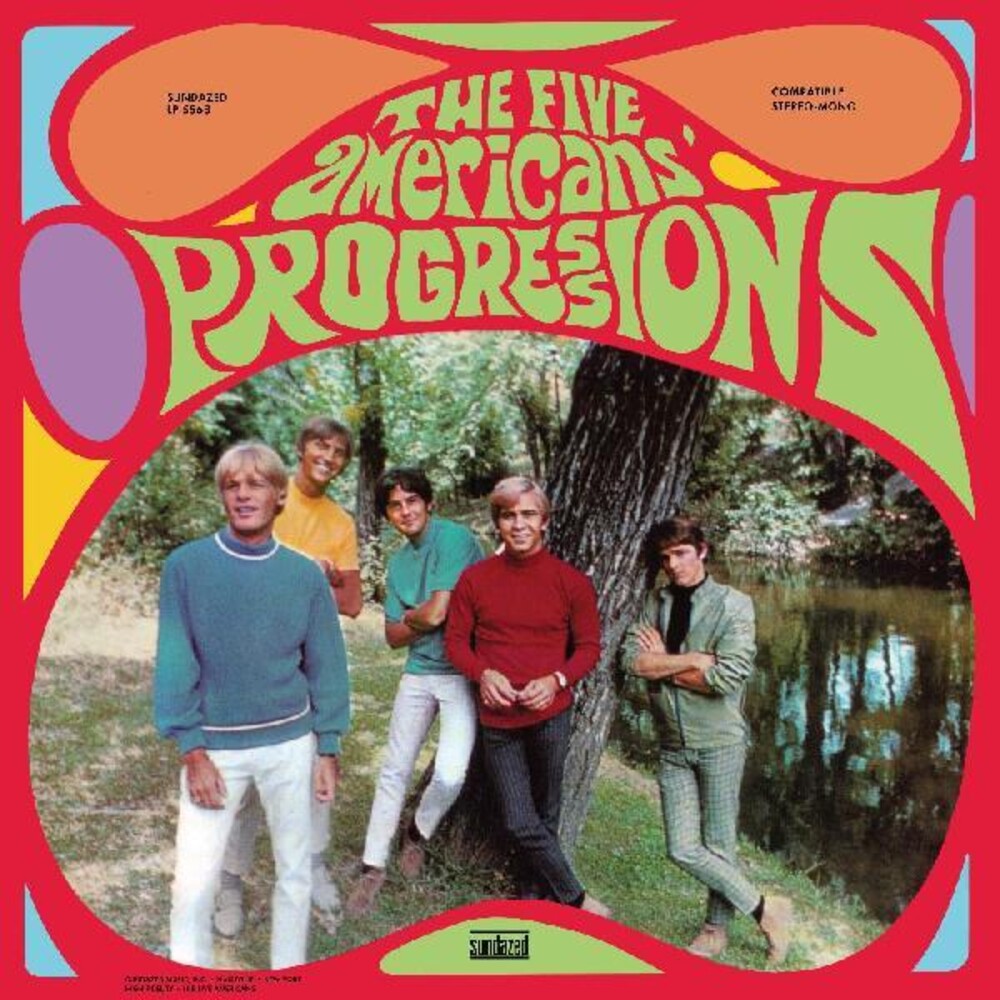 Limited gold colored vinyl LP pressing. The hits kept on coming from heroic Dallas quintet The Five Americans with their third longplayer, 1967's Progressions. Both "Zip Code" and "Evol-Not Love" careened up the charts as The Five Americans squared off on live stages throughout the Deep South with artists such as the Doors and Jefferson Airplane - and more than held their own against the best American rock 'n' roll had to offer! An exciting combination of sunshine pop, bubblegum and folk rock with psychedelic undertones makes Progressions a true time capsule of those special '60s sunshine days. Similar in style to their previous two albums, but with noticeably more psych influences, The Five Americans' third release is their most well crafted album on par with fellow groups like the Monkees. First ever vinyl reissue pressed on colored LP at Third Man.