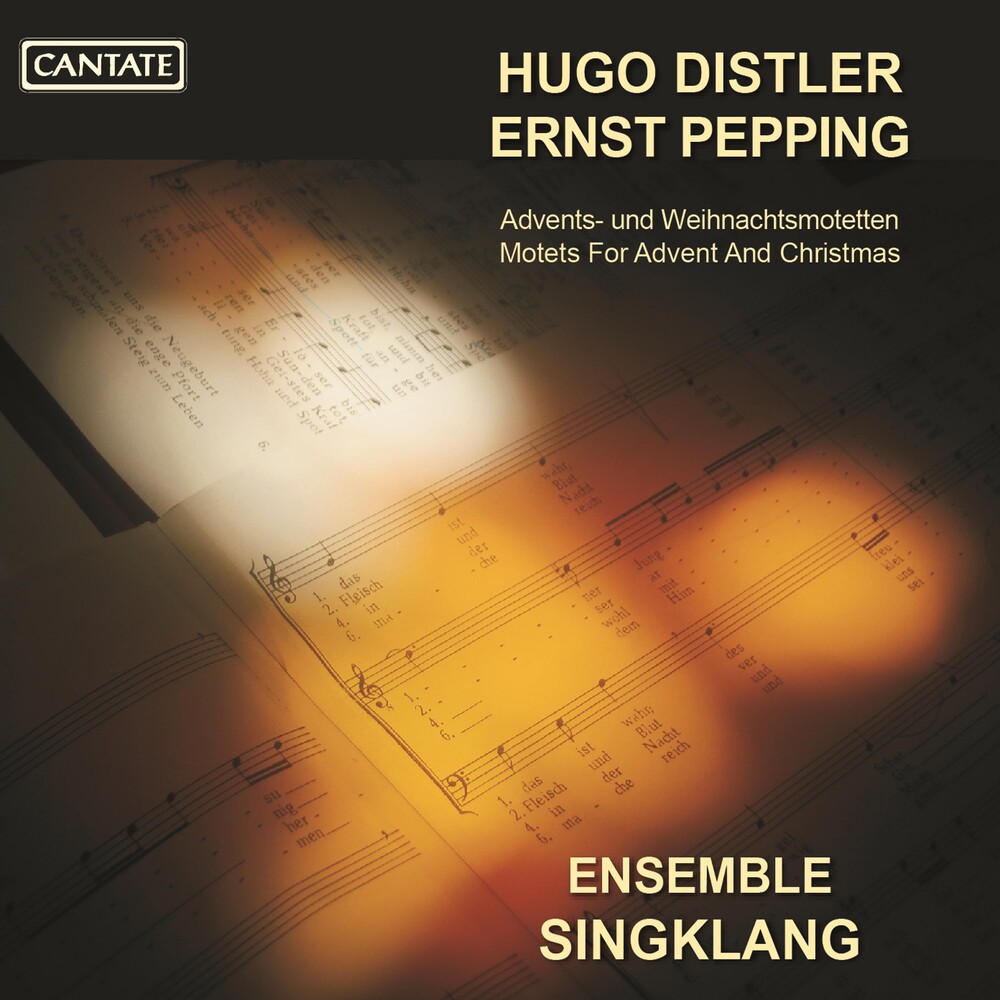 Ernst Pepping and Hugo Distler, two of the most important German church musicians of the 20th Century, meet each other in this production. Two very different musicians, but both in their own way have very German biographies. Pepping worked from 1934 as a teacher at the School of Church Music in Berlin Spandau. He never cooperated with the Nazis, but also offered no resistance, instead living an entirely apolitical artist's life. Hugo Distler, church musician in LĂĽbeck, and later in Stuttgart and finally in Berlin, however, even became a member of the NSDAP, hoping to gain artistic freedom, but increasingly came into conflict with the Nazis, who began to sabotage his work. As to their compositional approaches one can say: Like Pepping Distler oriented himself with church tonality, but also used pentatonic scales. Distler's models were the polyphonic models of the Baroque, especially those by Heinrich SchĂĽtz. It is therefore highly interesting to combine these two who were so different in their compositional approach but quite related composers in a production - as in this compilation of Christmas choral works from Pepping's "Spandau choir book" and Distler's "Jahrkreis."