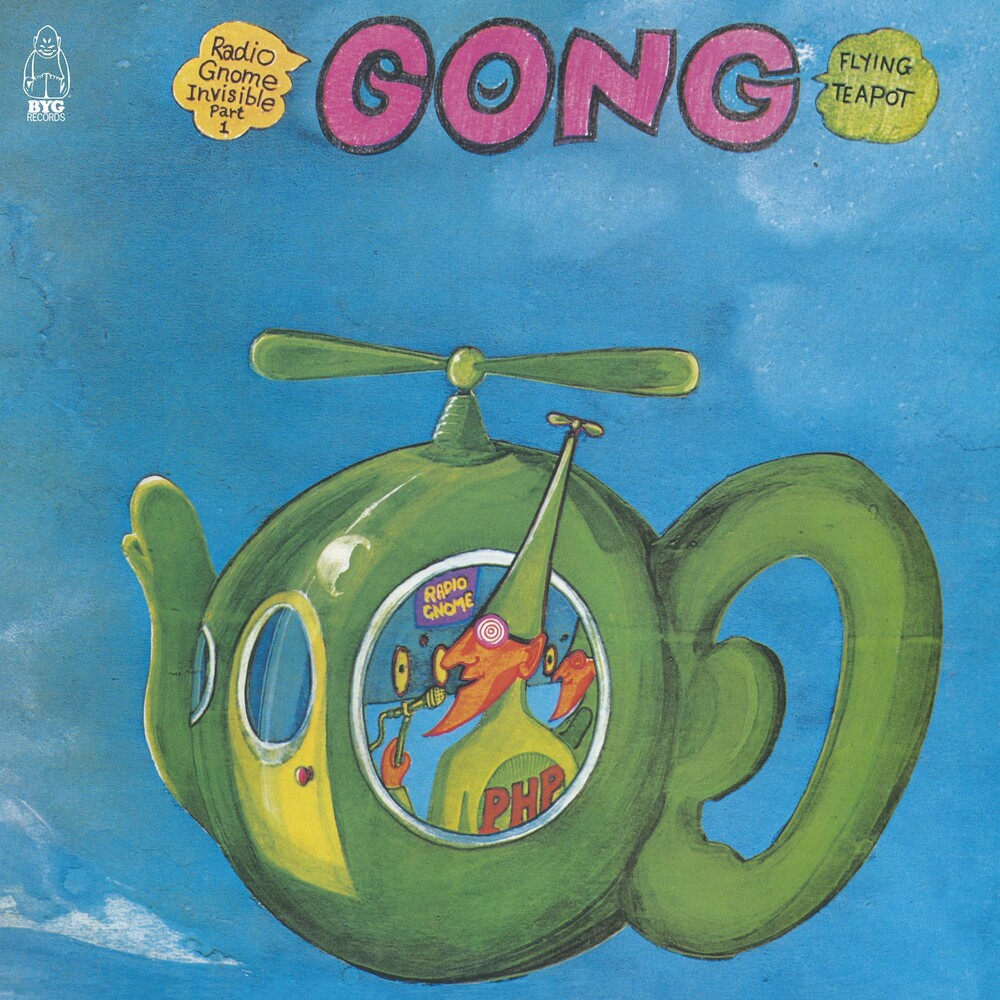 Gong's quintessential trilogy comprising the albums Flying Teapot, Angels Egg and You were previously only available as part of the remastered The Radio Gnome Invisible Trilogy released in 2015 on BYG as a deluxe 3LP boxset and 4CD EarBook set. Beginning with Flying Teapot, each album will now be released individually on 180g heavyweight audiophile vinyl featuring remastered audio in gatefold packaging and 16-page booklets. Flying Teapot is an avant-garde collection of sound effects, jazzy improvisation and comic vocals and displays the group's sense of humor and wacky approach to their music. "The Pot Head Pixies" and "The Witch's Spell" are perfect examples of their unique musical style. It was also the first album to feature the psychedelic music innovator Steve Hillage, who would go on to become a full band member for Angel's Egg and You. "This is their holy grail, uncarved block and philosopher's stone rolled into one," proclaimed Classic Rock.