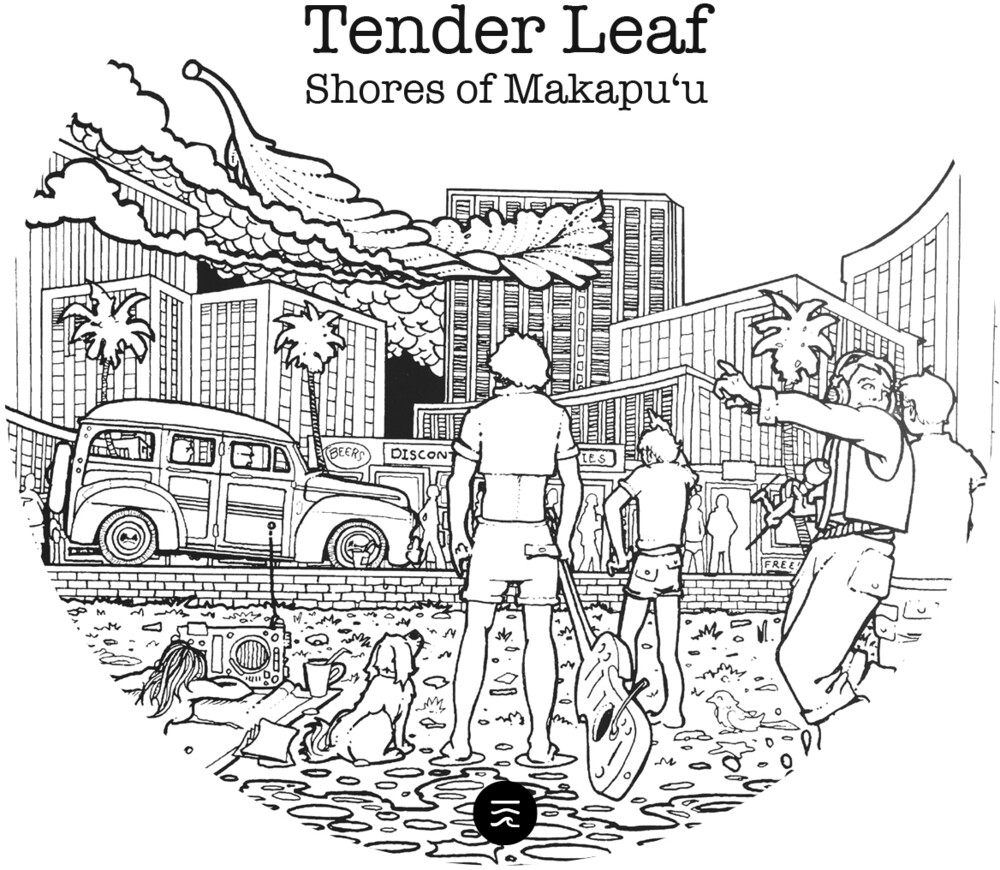 Private press Hawaii AOR masterpiece from 1982. A breezy, sometimes psychedelic collection of songs about life, love, and the natural beauty of the Hawaiian Islands, Tender Leaf remains one of the most coveted albums of recorded music from Hawaii. Tender Leaf formed in the 1980s when Murray Compoc and Darryl Valdez met while working as drivers of the city bus (TheBus). The two shared a love of music and soon started jamming together, eventually forming a band. Both Compoc and Valdez wrote enough original material to record an album. In 1982, they entered Sea West Studios, then located in Hauula on the northeast coast of Oahu. With the help of keyboardist/producer Kit Ebersbach (who played on albums by Lemuria and Babadu in the 1970s), Tender Leaf committed to tape nine songs that effortlessly carry the harmonious, easy-going energy of Hawaii.