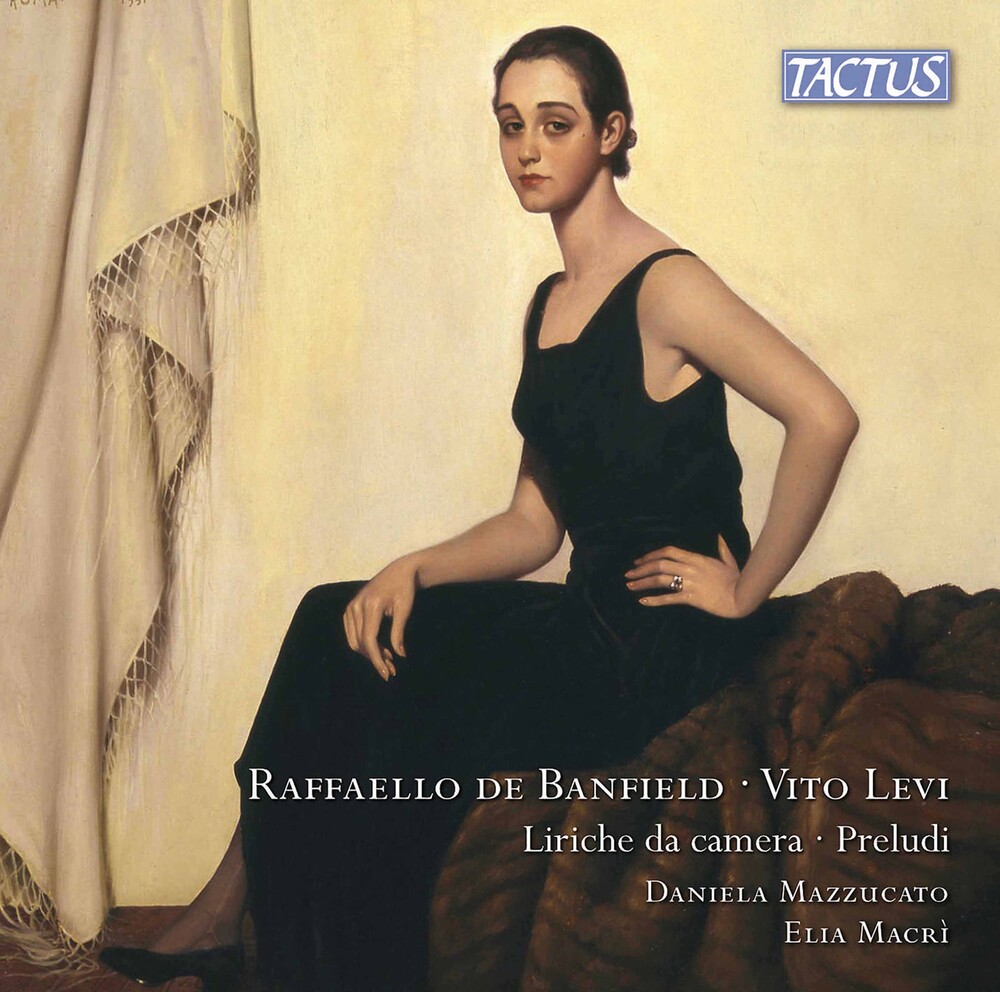 The soprano Daniela Mazzucato and the pianist Elia Macrì are the interpreters of the chamber lyrics and piano preludes of two composers who both lived in Trieste in the twentieth century, Vito Levi and Raffaello de Banfield. Coming from different social backgrounds but closely connected in their existence: esteemed musician, essayist and music critic, Levi will introduce the student de Banfield - of noble lineage and son of a legendary Austro-Hungarian military aviation pilot - to the study of music, thanks to which he came in contact with some eminent exponents of the world cultural heritage of the twentieth century, such as Maria Callas, Herbert von Karajan, Igor Strawinsky, Greta Garbo, Winston Churchill, just to name a few. Persecuted by the racial laws ["Musica Degenerata" Tactus TC900005] Levi had to flee and hide until the end of the war, returning to occupy those teaching chairs that the regime had stolen from him in Trieste, where in the 70s de Banfield would also return, to direct the city's Opera Theatre and the prestigious Festival dei Due Mondi in Spoleto.