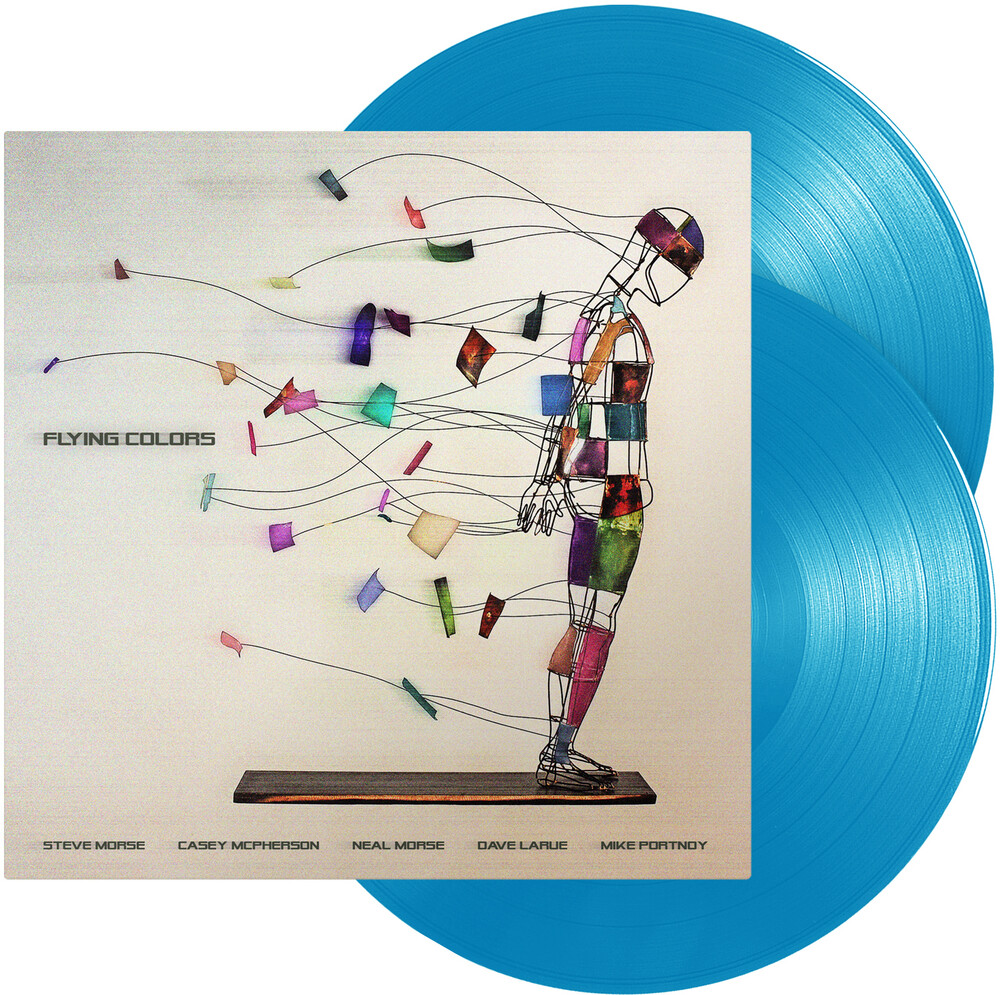 Limited double 180gm blue colored vinyl LP pressing. Flying Colors is Mike Portnoy (drums, vocals), Dave LaRue (bass), Neal Morse (keyboards, vocals), Casey McPherson (lead vocals, guitar), and Steve Morse (guitar). "This album has bits and pieces of what you'd expect from each of us," says Portnoy. "The sum of all it's parts led to brand new, unchartered territory for everyone involved." The formation of Flying Colors began with a simple idea: virtuoso musicians and a pop singer joining together to make new fashioned music the old fashioned way. Refreshing, classic, old and new, the recordings are saturated with the many styles, tones and hues of the players who in becoming a band have delivered a unique fusion of vintage craftsmanship and contemporary music. In 2008, executive producer Bill Evans brought the idea to the world renowned musicians and producer Peter Collins. Intrigued by the idea and the prospect of working together, the four musicians signed on to form a band and record a first album.