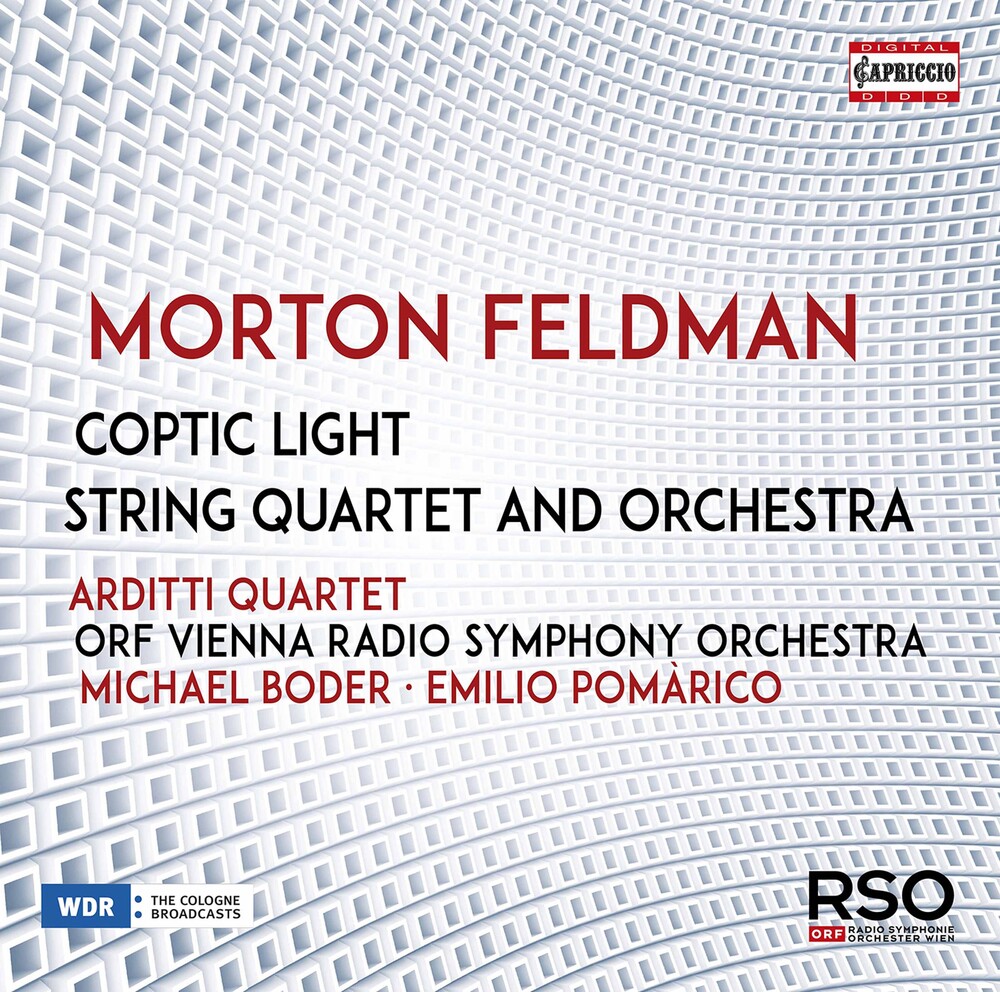 Meditative sound magic from New York City: Together with colleagues and friends such as John Cage, Christian Wolff and Earle Brown, Morton Feldman formed a circle of pre-eminent individualists within the American avant-garde movement of the 20th century, which, commencing in New York, founded a current of international significance. Crucial for his artistic development was undoubtedly his meeting with John Cage (1912-92), with whom he was in close contact after 1950. They mutually inspired each other to create music away from the compositional techniques conventional up to then, which particularly applied to the definition of specific notes, pitches and note durations or regular rhythm. It was also a commission from the Buffalo Philharmonic Orchestra and it's Principal Conductor, Michael Tilson Thomas that led to the composition of String Quartet and Orchestra in 1973. Feldman's final completed work Coptic Light, written in 1986, displays an even more gigantic orchestra than that in String Quartet and Orchestra. In his sensitive works we always gain the impression that they are cautious attempts to achieve coherent musical results, without running against the character of the instruments.